skip to main | skip to sidebar

Untitled from mario zoots on Vimeo.

by grannydinner via white car

exclusive offering from grannydinner on Vimeo.

this shit is crazy
Posted by Mario Zoots at 10:48 PM No comments:

Rising out of the grime and glitter of the Los Angeles metropolitan landscape SHOW CAVE provides a physical destination for like minded souls from around the world to fearlessly share and explore their passions and obsessions. We will force-feed the uncomfortable and introduce a new age of spectacle.

Eric Nordhauser conceived SHOW CAVE in a storefront located in the alleys of San Francisco's Chinatown in 2002. His initial inspiration was Andy Warhol, George Kuchar, NYC's Fun Gallery, RE/Search publications and (most importantly) a small but productive community of young artists enrolled at the San Francisco Art Institute. In 2006 he moved the SHOW CAVE concept and signature neon sign to Los Angeles where it has found it's true spiritual home.This new location was at 1218 1/2 Temple Street. Here he met his partner, Hazel. In the Fall of 2008, SHOW CAVE moved to a larger space at 1930 Echo Park Avenue in Echo Park and closed our doors during the summer to rest...but never sleep.

SHOW CAVE has opened our dark doors, once again...this time in Eagle Rock where WHITE SLAVE TRADE will be moving to as well. We look forward to this next phase of our existence.
Posted by Mario Zoots at 10:22 PM No comments: 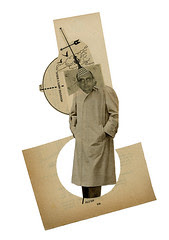 Originally uploaded by tardamucho
Posted by Mario Zoots at 2:12 PM No comments: 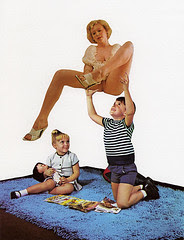 eroticollage2
Originally uploaded by tardamucho
Posted by Mario Zoots at 2:11 PM No comments: 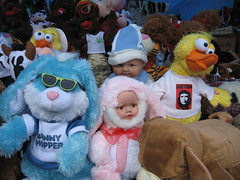 Originally uploaded by Kristy Foom
Posted by Mario Zoots at 8:54 AM No comments: